We believe God as revealed, Father, Son, and Holy Spirit is a revelation of always perfect love displayed the following ways:

We believe that the Scriptures, consisting of both Old and New Testaments are love letters to humanity, inspired by God, and without error in their original form. The Scriptures have been given for our spiritual growth, personal holiness, and practical instruction, and are the supreme, final, and adequate authority in faith and practice. They are the primary means by which we hear the voice of love from God.

We believe God revealed Himself as love, in one God, who eternally exists in three persons, the Father, the Son, and the Holy Spirit, each with a distinct personality but all of one essence.

We believe that God the Father is the primary source of always perfect love from whom all things come. He is seen as the sender of the Son and the Son comes forth from Him. The Spirit is also given by the Father; is sent by the Father, and proceeds from the Father. Creation was primarily the work of the Father, while Jesus Christ and the Holy Spirit were the agents or the means of the existence of all things, as a divine act of love.

We believe that Jesus Christ is the Son of God, who came to this earth in order to reveal and manifest God’s love to mankind through the fulfillment of prophecy, and by becoming the Savior of a lost world.

We believe that, on the human side, Jesus became and remained a perfect man; that He was conceived by the Holy Spirit, born to the Virgin Mary, lived a sinless life, and willingly offered Himself as the perfect sacrifice for the sins of all people, by dying on a cross. This means that His sacrifice served as a vicarious substitute, by which man can now have direct access to the always perfect love of God the Father through Jesus Christ alone.

We believe that, after His crucifixion, the power of God’s love raised Jesus from the dead bodily and ascended to heaven, and He will come again bodily, at a time unknown to us, but appointed by God the Father to judge the world and reign as King and Lord of all.

We believe that the Holy Spirit, the third person of the Trinity, is in every way God, and is Co-eternal and Co-existent with the Father and the Son. The Holy Spirit is the chief agent of the ministry of love in the regeneration of the soul from death to life, the chief convictor of sin, and the chief comforter of the believer. Simultaneous with regeneration, the Holy Spirit baptizes the believer into the body of Christ, permanently indwells him, and seals him in salvation for all eternity. By so doing He unites all believers into one universal body of love relationship, which is the Church universal.

We believe that the Holy Spirit distributes “spiritual gifts” as vehicles of love to believers according to His own Sovereign choice and that these gifts continue to be available today for the strengthening of the Church, and for the effectiveness in sharing the message of Christ’s love to the world.

We believe the only possible way to live the Christian life of love for God, self, and others with effectiveness is by the power of the Holy Spirit within us, and that He is the source of all acceptable worship and service. We, therefore, seek to practice a daily dependence upon God’s Spirit to guide, empower, protect, and enable us to live a life of love.

6 The Basic Spiritual State of People

We believe that God created man in His image, capable of love. Adam, the first man, sinned by disobedience incurring both physical and spiritual death. As image-bearers of God, people were originally created to live in love relationship with, and dependence upon God and that as a consequence of sin (rebellion against God and self-dependence), all people are separated from God and face God’s righteous judgement.   As a result, every person, with the sole exception of Jesus Christ, is born into the world with a nature that is sinful.

7 Why People Need a Savior

We believe that owing to universal separation from God through sin (which the Bible describes as spiritual death), no one is capable in and of themselves, of receiving or earning eternal life and so entering into the Kingdom of God. No degree of reformation however great, no attainments in morality and good works, however high, no culture, however attractive, and no ordinance or religious rite, however, administered, are sufficient to qualify a person as perfect in God’s sight. Only those who turn from their self-ruled, sinful life (“repent”) and receive Jesus as Lord by faith, receive the New Life and personal forgiveness of sin that are necessary to enter God’s family forever.

We believe that people live forever and that the eternal destiny of every person will be determined by whether or not they have trusted in Jesus Christ as Savior and Lord. Those who have received Christ as Savior will be judged righteous and will be united physically with Him after they die and live with Him forever. The Bible refers to this as “heaven”. Those who have not received Christ will be judged unrighteous and will be separated from God forever. The Bible refers to this as “hell”.

We believe that when a person exercises that faith in Christ, he or she passes immediately out of spiritual death into spiritual life. Meaning that a judicial verdict has been cast by God toward the believer rendering them innocent, not guilty; heaven-bound, not hell-bound; righteous, not unrighteous, and God the Holy Spirit begins to indwell that person, forever. At this moment, a person enters into an eternal love relationship with God.

We believe that a great number of other angels followed Lucifer in rebellion, and these “fallen” angels – known as “demons” – are active as his agents and associates in stirring up evil in the world and opposing the work of God’s redeeming love.

We believe that Satan and his demonic agents have been judged and sentenced by God, on the basis of the work, death, and resurrection of Christ, although for now, he rules as the “god of this world”.

We believe that there remain a large number of sinless angels who serve God as administrators and messengers of His kingdom of love.​

We believe that, by the baptism of the Holy Spirit, God indwells all believers at conversion and places them into the universal Church, which is described in the Bible as “the body of Christ”. We, therefore, acknowledge Christ alone is the head of the Church, both universal and local.

We believe that every member of the kingdom of God functions as would a member of a body to carry out the Great Commission of God to go into all the world and preach the message of God’s love.

We believe that the relationship of brotherly love between each of the members of the body,  of Christ, expressed through the fruit of the spirit, should exemplify the nature of God’s love for humanity, and demonstrate to the world that they are indeed disciples of Jesus.

We believe that Christ’s mandate to the Church includes the proclamation of the message of God’s love locally and to the ends of the earth in order to grow His Church universally.

We believe that water baptism and the Lord’s Supper are the only ordinances required of the local Church and that they are scriptural means of testifying to the power of God’s love and publicly identifying with Jesus Christ.

We believe that the Lord’s Supper (“communion”) is a symbolic act of remembrance, by which we identify with and publicly affirm God’s love for us through Christ’s death for and on behalf of all people, while at the same time proclaiming the reality of His bodily resurrection as evidence of His power over death.

We believe that the elements used in and of themselves contain no spiritual presence or power, but rather act as a symbolic means of affirming that the presence and power of God’s love reside within the individual believer through the Holy Spirit.

We believe that water baptism is a symbolic act of our identification with God’s love through Christ (i.e. death and resurrection), and a physical representation of the baptism of the Holy Spirit, that every believer receives when he/she receives Christ by faith prior to water baptism. We, therefore, teach and encourage that after a person accepts Jesus Christ as Lord, as an act of obedience, they are baptized. Our practice of baptism is by total immersion in water, the way Jesus was baptized.

We believe that God’s love for His image-bearers guarantees the personal and imminent return of Jesus Christ for all of His people – the Church. This will result in the final judgment of all creation where those who have received Him as Savior will be judged righteous and will live with Him forever. While those who have not received Him will be judged unrighteous and will be separated from Him forever. The return of Jesus Christ will usher in and bring about the total establishment of the Kingdom of God’s love described in the Bible as the new heaven and the new earth. Believers will receive new glorified bodies and Christ will reign as King and Lord of all.

Imagine having a Business Pastor in your corner every day to help you with your personal, family and business life. Imagine someone who would have your leadership success and business breakthroughs at heart, who has the capacity to hear from heaven while coaching you to do the same. Imagine having access to Kingdom Business insights that have been gleaned from across 20 different nations… Welcome to Anothen Business Consulting. We have been equipped to help you “Think, Speak and Live” on earth as it is in heaven.

Imagine having a Business Pastor in your corner every day to help you with your personal, family and business life. Imagine someone who would have your leadership success and business breakthroughs at heart, who has the capacity to hear from heaven while coaching you to do the same. Imagine having access to Kingdom Business insights that have been gleaned from across 20 different nations... Welcome to Anothen Business Consulting. We have been equipped to help you "Think, Speak and Live" on earth as it is in heaven.

GET UPDATES DIRECT TO YOUR INBOX 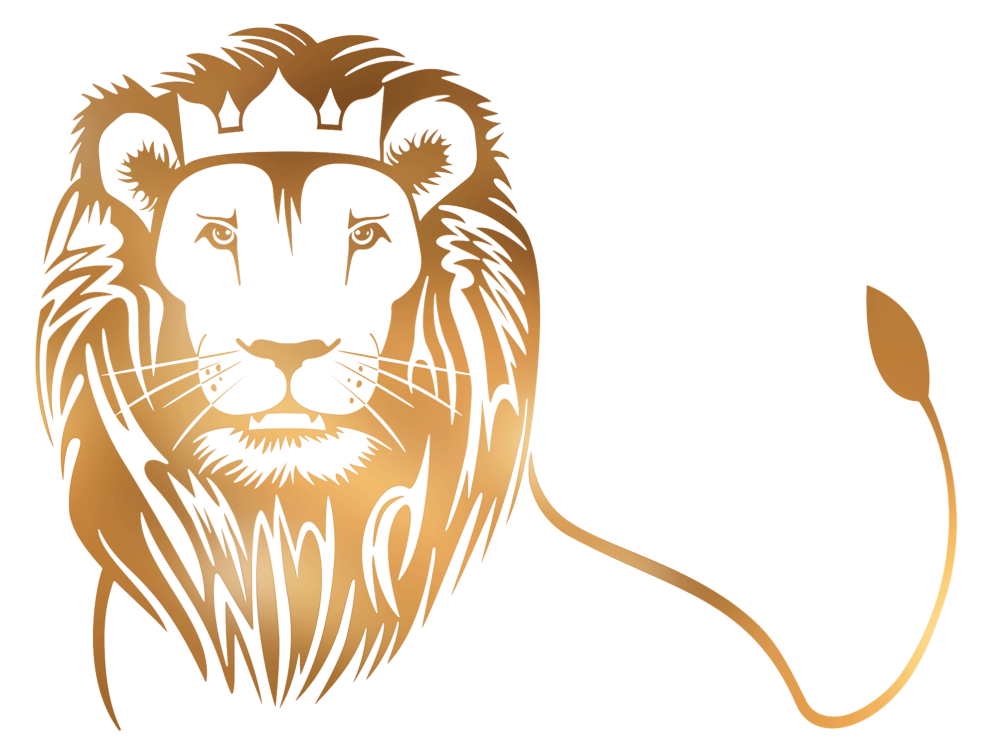